A HISTORIC HOTEL AS COLORFUL AS NYC'S IT GIRL

Located in Manhattan's NoMad district, The Evelyn Hotel celebrates the heritage of one of NYC's most historic neighborhoods. In 1903, when our hotel was originally designed by William H. Birkmire, the area known as Tin Pan Alley was the epicenter of the American music industry. During its heyday in the early 20th century, Tin Pan Alley was buzzing with Broadway and vaudeville performers, musicians, and songwriters, including George Gershwin, coming and going to the music houses.

Built in the Beaux Arts style, our historic hotel opened in 1905 as Hotel Broztell. In 1992 it was the Gershwin Hotel. Following a multi-million-dollar renovation and a name change as a tribute to Evelyn Nesbit, the original it girl, The Evelyn Hotel was reintroduced in 2017. A transformation of the hotel's spaces, rooms, and dining concepts in summer 2018 showcases the Art Nouveau style of the early 1900's and design nods to the building's music and art heritage. 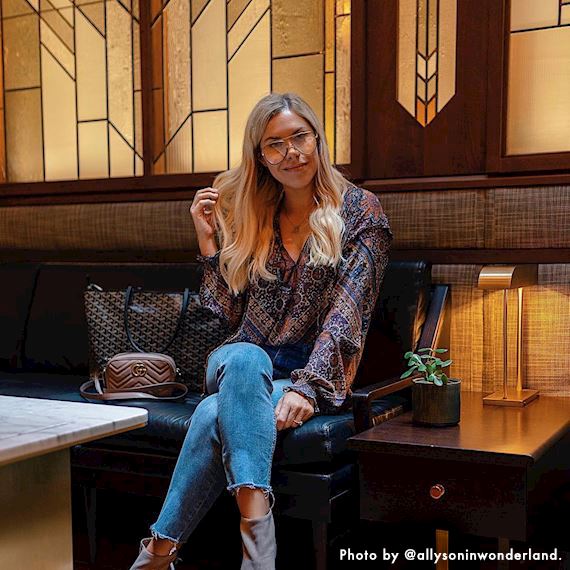 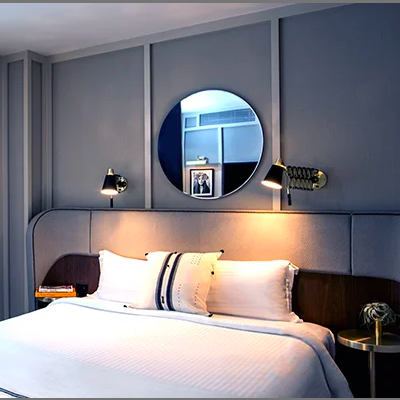